Managing and Developing the Parks

In 1860, a committee formed to manage the Parks determined that the area should be set out as both an arboretum and as a place of recreation for the University.

Two years later this became feasible through a bequest from Lord Hyde and the committee delegates invited the horticulturalist James Bateman to produce a plan for the Parks.

Bateman was a frequent visitor to Oxford Botanic Garden while a student at Magdalen College and his own garden laid out in the 1850s at Biddulph Grange in Staffordshire had a decisive impact on Victorian Garden design. His garden is now a popular National Trust site.

Bateman's plan for University Parks incorporated two Cricket Grounds with a Cricket House, a two and a half acre stretch of ornamental water and a circular walk around the boundary of the Parks. It also included a bridge over the River Cherwell and an avenue of large trees connecting the new museum with the rest of the Parks.

Although the design received the full support of the delegates, objections were made on the grounds of cost, which was estimated at £9,475. The design was also said to be too restrictive for the setting up of a Cricket Ground and there was concern about the ornamental water becoming stagnant. The plan was rejected by Congregation and subsequently, in January 1864, the delegates considered themselves discharged of their duties. 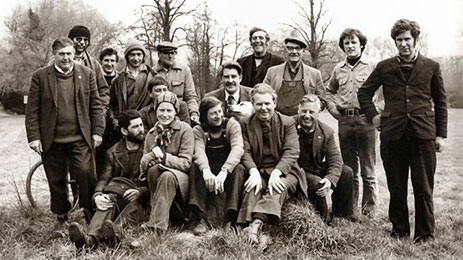 Following this, The Vice Chancellor and two persons nominated by the Delegates of Estates were placed in charge of the Parks. In June 1865, £500 was allocated from the University Chest for specimen trees, the first of which were planted that autumn. Many of these trees were exotic species and very few survive today.

The Parks were laid out in a very simple format comprising a pathway on the boundaries of the area. The layout is the result of evolutionary development as a reaction to developments that have occurred as the City has grown.

Further major tree planting was carried out in 1888, the 1920s and the 1950s. Since 1977, many other young trees have been planted to give pleasure to future generations and there are now over 1600 trees growing in the Parks.

Management of the Parks changed with a University Decree in 1873 which allowed for five Curators of the University Parks, including the Vice Chancellor. The University Proctors were added to this body in 1892.

Today there are ten Parks Curators, all faculty members of the University. The day-to-day running is under the supervision of the Superintendent who manages University Parks and the Parks team. As well as maintaining the Parks, the team also tends the grounds of most University departments and manages and develops a number of college sites, along with other horticultural contracts across the city.